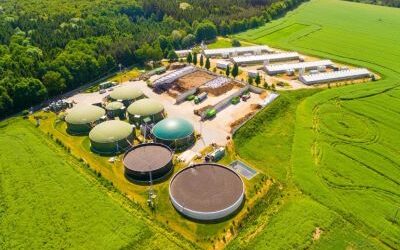 GERG  announced the approval by the European Commission and CEN of the second phase of its major European Commission funded project on removing the technical barriers to the introduction of biomethane into gas networks and gas appliances (including vehicles). The project supports the acceleration of the decarbonisation of Europe’s gas networks and helps to improve the contribution of the industry to GHG reduction targets.

The workplan has been developed in close collaboration with CEN Technical Committee, CEN TC408, and a Supervisory Board chaired by TC408 will oversee the work. CEN 408 develops and maintains standards associated with the introduction of biomethane in gas networks, and the use of natural gas and biomethane in vehicles. This work will enable the revision of the associated standards and ensure they are fit for purpose and not detrimental to the development of the biomethane industry which is an important element of the European Commission decarbonisation strategy and the Green Deal.

Following successful delivery of the first €1,3M Phase of the Project in 2019, this €1,8M contract, the second of three, will begin detailed experimental campaigns on siloxanes, sulphur and oxygen (particularly in relation to underground storage). It will also commence work on further detailed understanding of European Biomethane compositions, particularly at the trace component level, in the context of optimising upgrading and purification processes.  A third, overlapping phase of work, worth a further €3M and completing the work programmes is expected to commence later this year.

GERG consists of members of the gas industry and research and academia from over 12 countries, and has long-term and continuing links to gas biomethane actors in Europe (including the members of EBA-European Biogas Association, NGVA Europe- Natural & bio Gas Vehicle Association, Eurogas and Marcogaz), and also has connections to appliance manufacturers and end-users groups.

The unique GERG perspective will contribute not only to a consensus position with respect to the individual challenges, but a high probability of understanding any outlying positions from a production and network impact perspective.  The work will be completed at member laboratories around Europe, and will be led technically by ENGIE.